THE FIREWORKS MUSICAL SPECTACULAR, STAR ISLAND, RETURNS TO SINGAPORE TO USHER IN THE NEXT YEAR 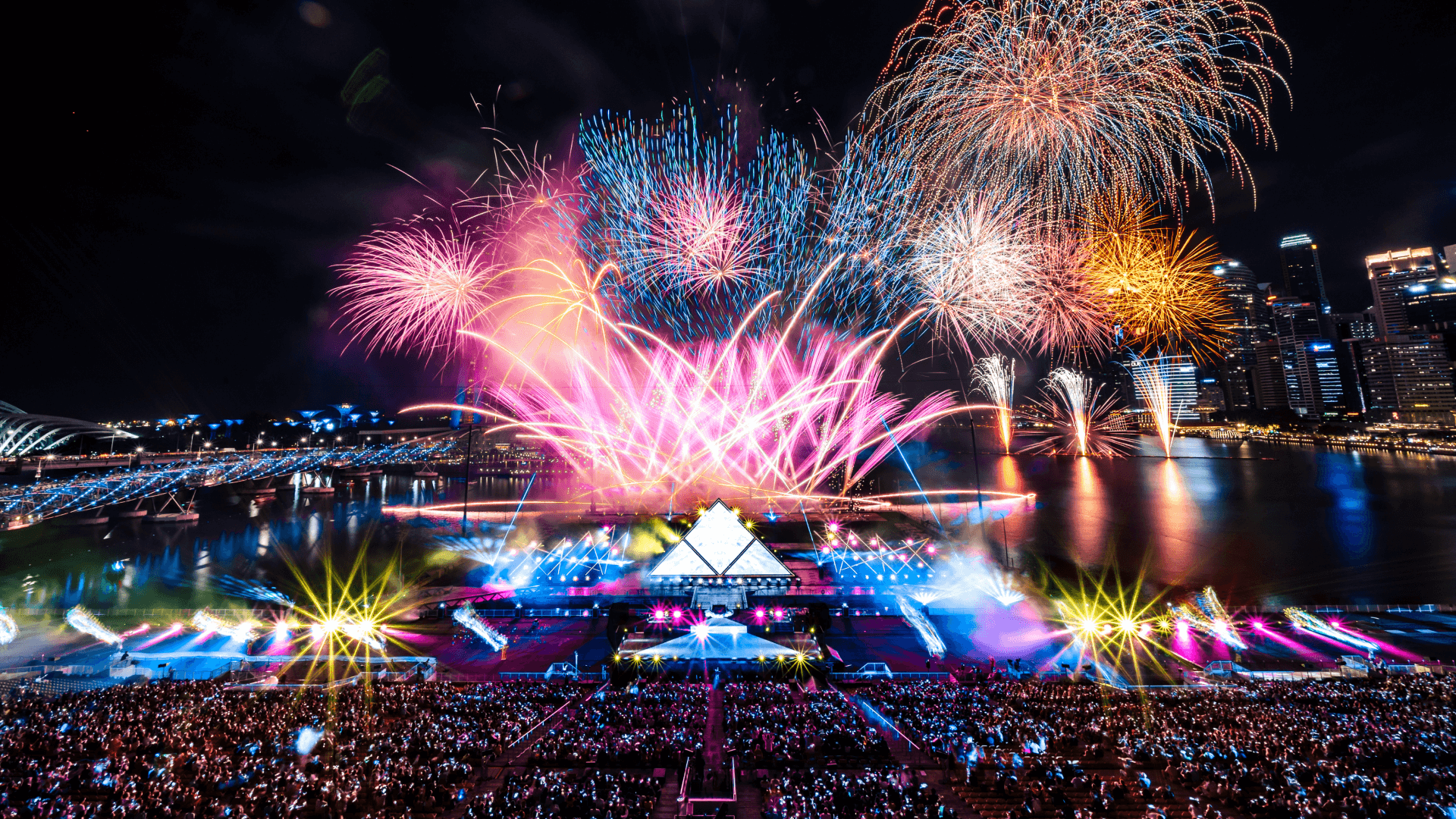 9 NOVEMBER 2022, SINGAPORE — The fireworks will start a little earlier this New Year’s Eve. One of the world’s leading fireworks entertainment, STAR ISLAND, returns, after a two-year hiatus, with an estimated 80-minute array of sound and colours this 31 December 2022.

In conjunction with Marina Bay Singapore Countdown (MBSC), the show will be hosted at The Float at Marina Bay. Organised by Avex Asia, presented by major global payment brand, JCB, and Sanrio as a Premium Sponsor, STAR ISLAND is a futuristic take on Japan’s Hanabi (Japanese for ‘fireworks’) summer tradition, where spectators gather over food and drinks to enjoy the fireworks.

This year’s edition will see the show being held at The Float at Marina Bay against the iconic Marina Bay skyline for the last time, before the venue’s redevelopment to NS Square starting in 2023. Having presented three shows in Japan and two shows in Singapore, STAR ISLAND has also debuted in the Middle East, to celebrate Saudi Arabia’s National Day in 2019.

For its show in Singapore, STAR ISLAND will be choreographed to an immersive soundtrack. This year’s show features a new storyline titled LIFE - Beyond The Time - that follows a Space and Time theme.

Ticket holders will be treated to specially hand-crafted fireworks designs never before seen in Singapore, such as the ‘Gradation Shell’ fireworks - an effect that is specifically designed with Singapore in mind with a red-to-white time gradation display. Revellers at the event will also witness 10 special firework bursts that were awarded the ‘Prime Minister’s Award’ earlier in the year at Japan’s Omagari Fireworks Competition, which is described as Japan’s Olympics of fireworks. Designed to angle the fireworks to bloom most beautifully at The Float at Marina Bay, ticket holders will be able to enjoy the best view of these fireworks, dazzling the night skies outside of Japan for the very first time.

Part of STAR ISLAND’s showcase is the appearances of Sanrio characters, including a live pre-show gig by DJ Hello Kitty who will get fans to move to the beat; a Sanrio-themed family-friendly area, and many more!

“We are determined to create the best countdown experience for Singaporeans and international tourists alike to usher in the New Year”, said Kenji Kohashi, the Executive Producer of STAR ISLAND, “and have been planning how to choreograph our Hanabi into a brand new, spectacular storyline that will be in symphony with the fireworks, an immersive sound experience, dynamic laser displays and stage performances - painting the skies with Marina Bay as the backdrop.”

As a taster, there will be the “Prequel to STAR ISLAND” that will run from 25 to 30 December 2022. Held at the Marina Bay Sands Event Plaza, the affair is open to the public for free. With a myriad of family-friendly activities, patrons can experience a sliver of what the main show, STAR ISLAND, has to offer—a glimpse of the STAR ISLAND experience with past editions of the show playing back on LED screens, surprise Sanrio elements as well as F&B offerings.

Running from 25 to 30 December, booths from JCB, Sanrio, Penfolds and Jim Beam Highball will be set up at the Event Plaza. For the kids (and child-at-heart adults), there’s a Sanrio characters Pop Up store adorned with Sanrio characters décor and a special DJ Hello Kitty x STAR ISLAND collaboration merchandise that will be available for purchase. For the adults, there’s a Penfolds wine pop-up and a Jim Beam Highball Bar to usher in the new year.

As a bonus, present a valid receipt made at any participating JCB retail outlets in Singapore along with a JCB Card and you will be entitled to redeem a free drink!